Picasso also stimulated the astonishing sculptural imagination of Julio Gonzalez (1872-1942). Trained as a wrought-iron craftsman in his native Catalonia, Gonzalez had gone to Paris in 1900. Although he was a friend of both Brancusi and Picasso, he produced little of consequence until the 1930s, when his creative energies suddenly came into focus after Picasso called him for technical advice in working with wrought iron. It was Gonzalez who established this medium as an important one for sculpture, taking advantage of the very difficulties that had discouraged its use before. Head (fig. 1139) combines extreme economy of form with an aggressive reinterpretation of anatomy that is derived from Picasso's work after the mid-1920s. As in the head of the figure on the left in Picasso's Three Dancers (see fig. 1064), the mouth is an oval cavity with spikelike teeth, the eyes two rods that converge upon an "optic nerve" linking them to the tangled mass of the "brain." Gonzalez has produced a gruesomely expressive metaphor, as if the violence of his working process mirrored the violence of modern life. 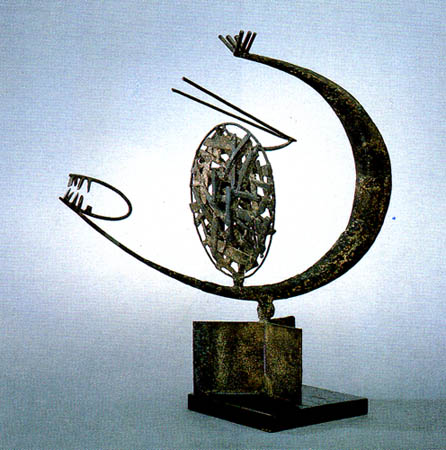 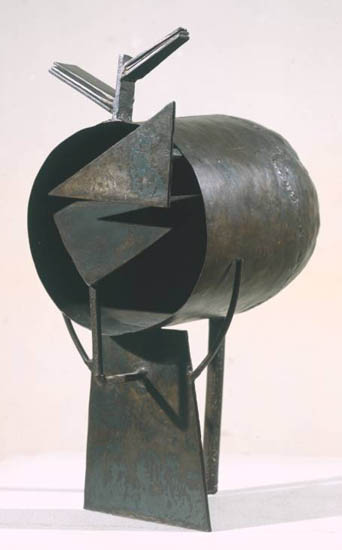 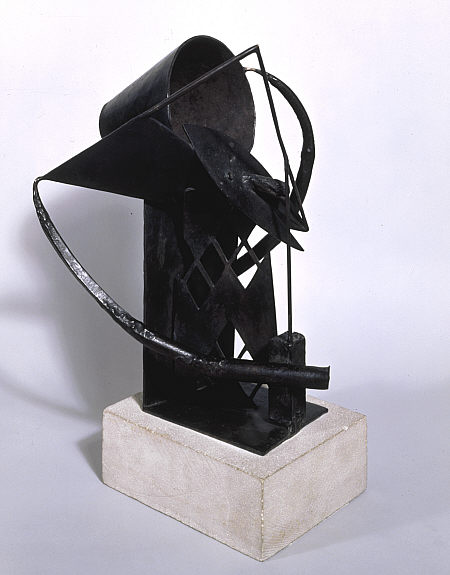 The early 1930s, which brought Giacometti and Gonzalez to the fore, produced still another important development: the mobile sculpture of the American
Alexander Calder (1898-1976). Called mobiles for short, they are delicately balanced constructions of metal wire, hinged together and weighted so as to move with the slightest breath of air. They may be of any size, from tiny tabletop models to the huge Lobster Trap and Fish Tail (fig. 1140). Kinetic sculpture had been conceived by the Constructivists, and their influence is evident in Calder's earliest mobiles, which were motor-driven and tended toward abstract geometric configurations. Calder was also affected early on by Mondrian, but it was his contact with Surrealism that made him realize the poetic possibilities of "natural" rather than fully controlled movement. He borrowed biomorphic shapes from Miro and began to think of mobiles as analogues of organic structures: flowers on flexible stems, foliage quivering in the breeze, marine animals floating in the sea. Unpredictable and ever-changing, such mobiles incorporate the fourth dimension as an essential element of their structure. Infinitely responsive to their environment, they are more truly alive than any fabricated thing. 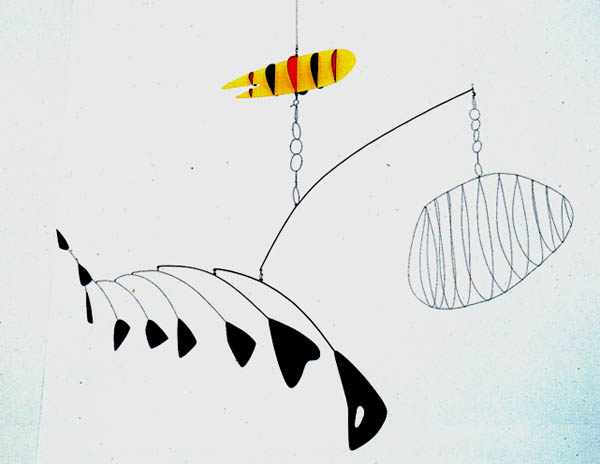