Picasso's impact can be seen in The Palace at 4 A.M. (fig. 1138) by Alberto Giacometti (1901-1966), a Swiss sculptor and painter who lived in Paris. In 1928 Picasso had made a number of wire constructions, including a maquette for a monument to the poet Apollinaire, that are its immediate forerunners. Giacometti, however, has transformed them into an airy cage that is the three-dimensional equivalent of a Surrealist picture. Unlike earlier pieces of sculpture, it creates its own spatial environment that clings to it as though this eerie miniature world were protected from everyday reality by an invisible glass bell. The space thus trapped is mysterious and corrosive and gnaws away at the forms until only their skeletons are left. And even they, we feel, will disappear before long. 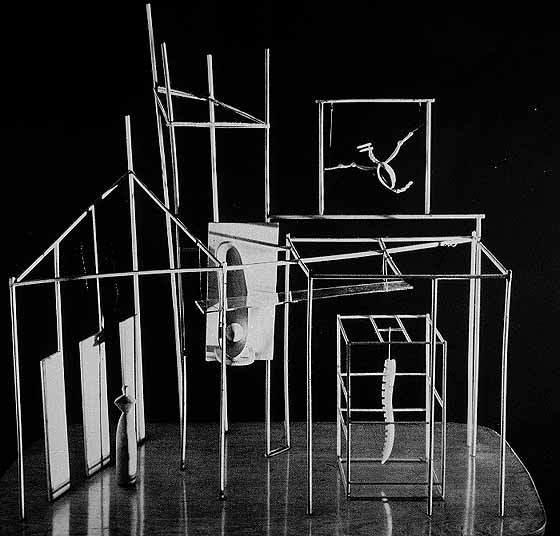