The installations of Judy Pfaff (born 1946) can be likened to exotic indoor landscapes. The inspiration of nature is apparent in the junglelike density of Dragons (fig. 1165), aptly named for its fiery forms and colors. Pfaff uses painting together with sculptural and other materials to activate architectural space. The treatment of the wall surface will remind us of the collage in Rauschenberg's Odalisk (fig. 1158), but Pfaff's work is characterized by playfulness rather than ironic wit. The nearest equivalent to Pfaff's spontaneous energy is the Action Painting of Jackson Pollock. It is as if the poured paint had been released from the canvas and left free to roam in space. The swirling profusion around the viewer makes for an experience that is at once pleasurable and vertiginous. 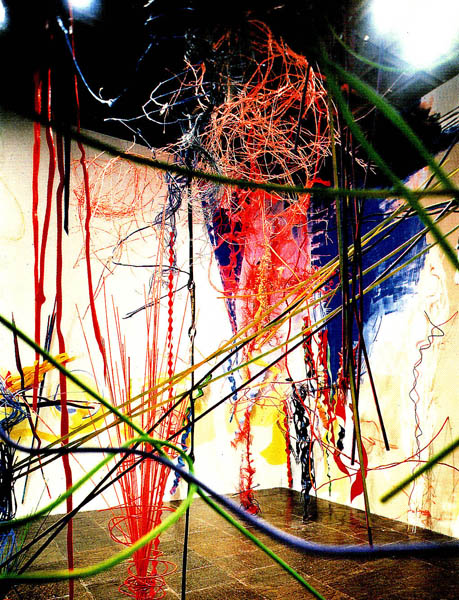 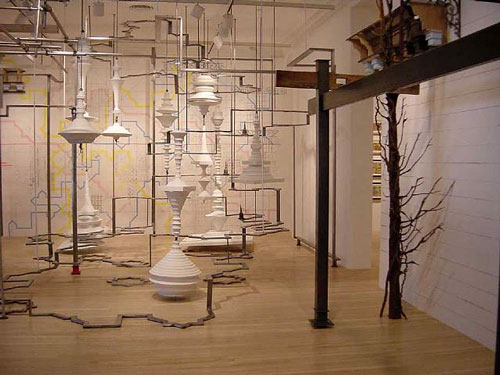 Gallery View, Neither Here Nor There 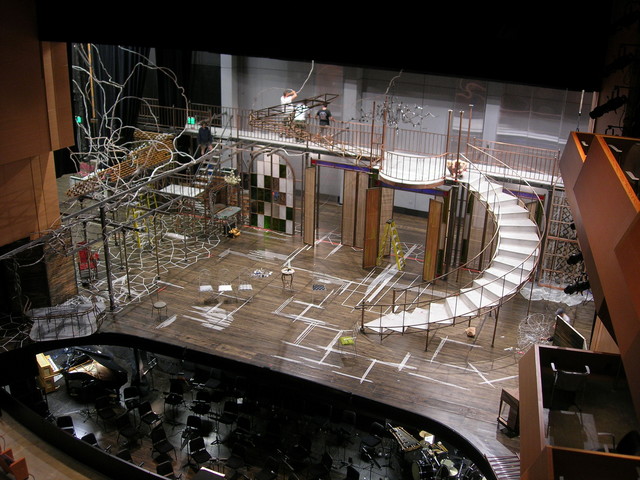 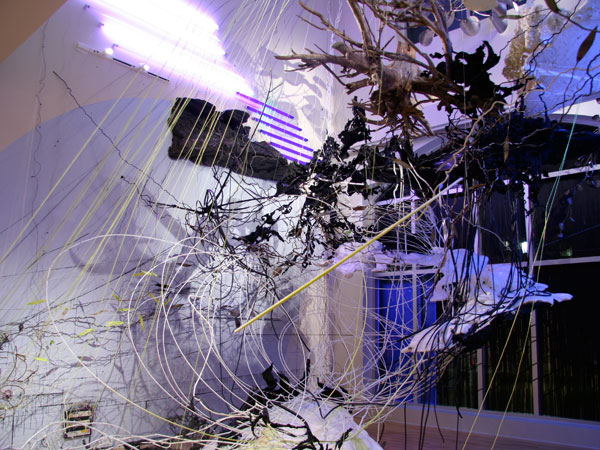 Wild Rose, Installation at the College of St. Rose 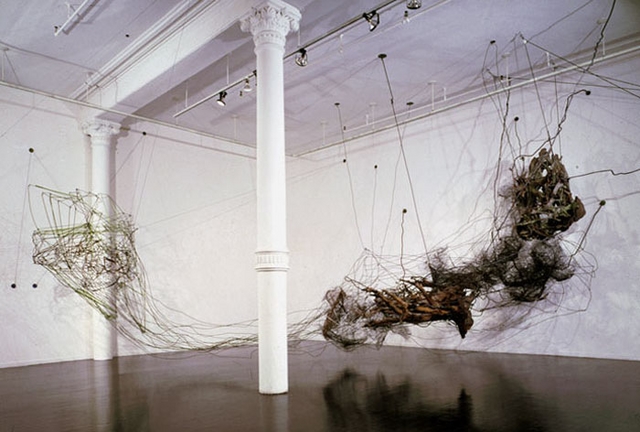 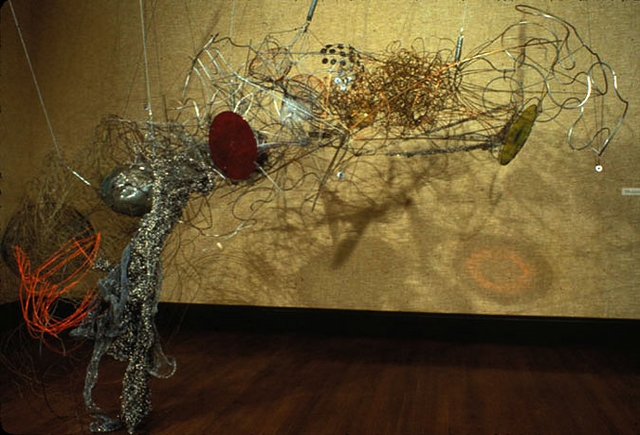 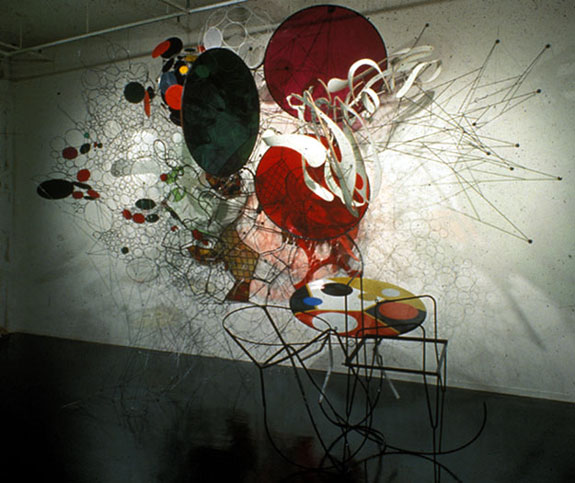 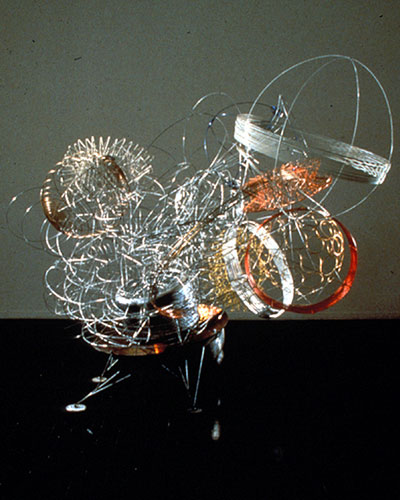 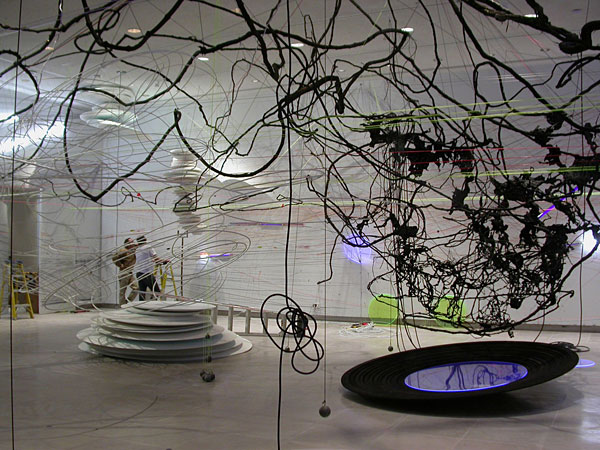 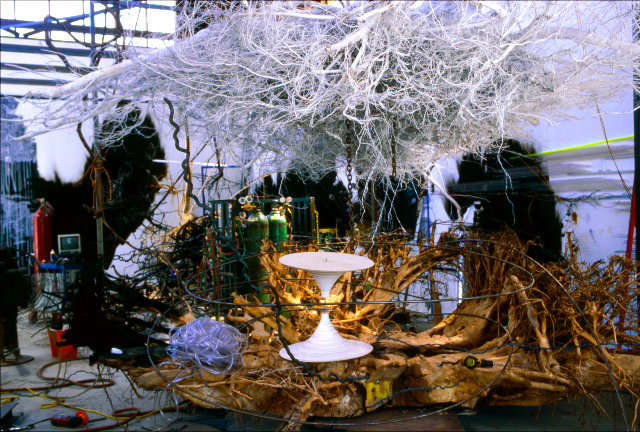 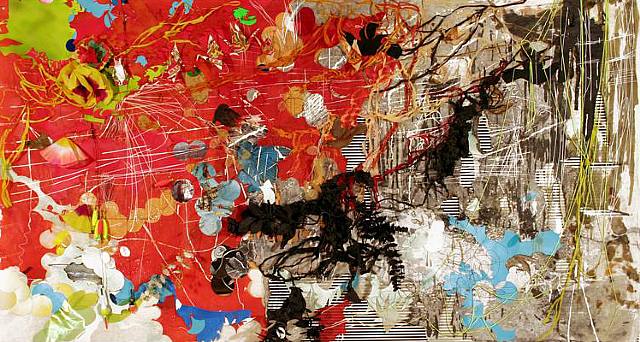 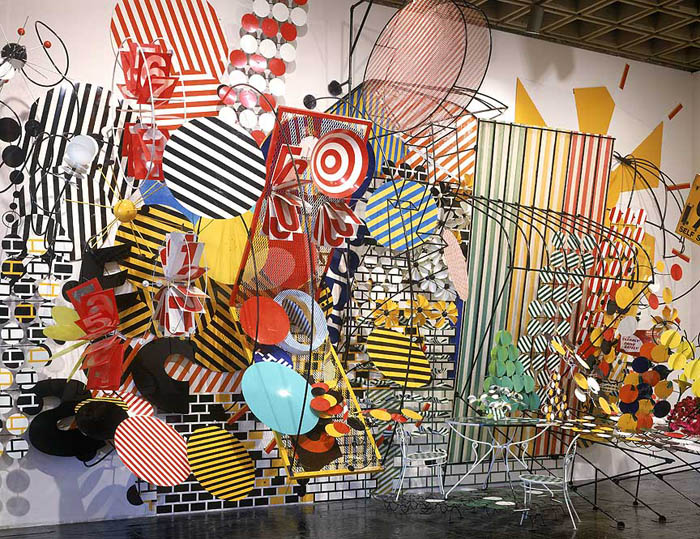