(1728-1799) was half a generation younger than Soufflot and far more daring. He began as a painter and retired early, but though he built little, his teaching at the Royal Academy helped to create a tradition of visionary architecture that flourished during the last third of the century and the early years of the next. Boullee's ideal was an architecture of "majestic nobility," an effect he sought to achieve by combining huge, simple masses. Most of his designs were for structures on a scale so enormous that they could hardly be built even today.

He hailed the sphere as the perfect form, since no trick of perspective can alter its appearance (except, of course, its apparent size). Thus he projected a memorial to Isaac Newton as a gigantic hollow sphere, mirroring the universe (fig.

872). "O Newton!" he exclaimed, "I conceived the idea of surrounding you with your discovery, and thus, somehow, of surrounding you with yourself." The interior was to be bare, apart from an empty sarcophagus symbolizing the mortal remains of the great man, but the surface of its upper half was pierced by countless small holes, points of light meant to give the illusion of stars. Bathed in deep shadow, Boullee's plan for the memorial to Newton has a striking pictorialism inspired in part by the Prison Caprices of Piranesi (see fig. 856). Plans such as this have a Utopian grandeur that dwarfs the boldest ambitions of earlier architects. Largely forgotten during most of the nineteenth century, Boullee was rediscovered in the early twentieth, when architects again dared to "think the unthinkable." 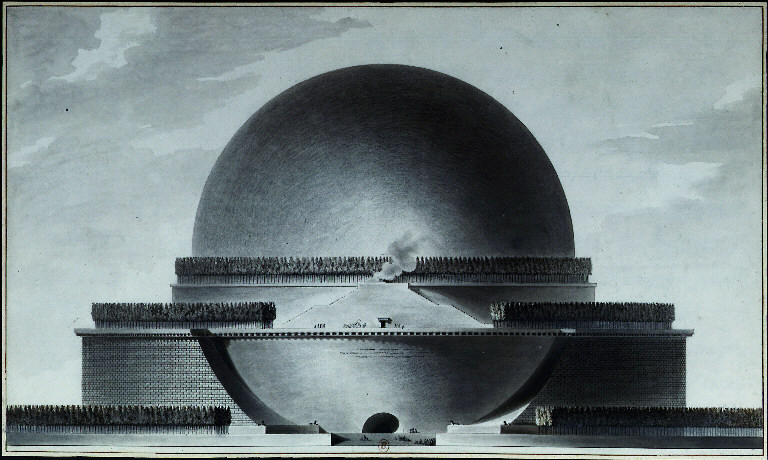 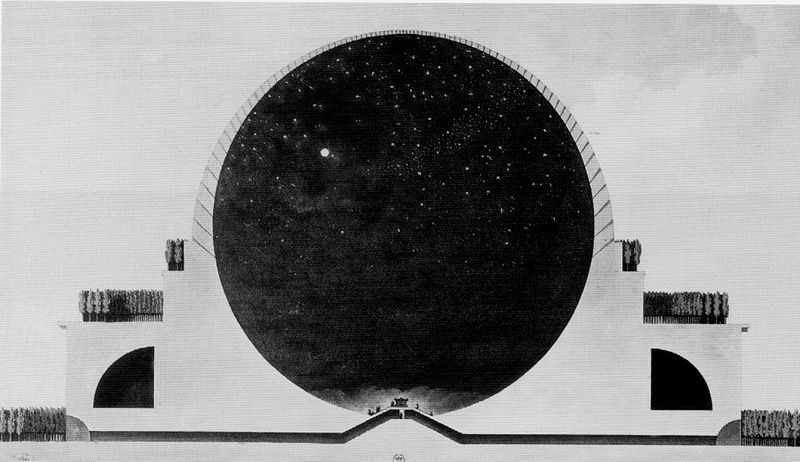 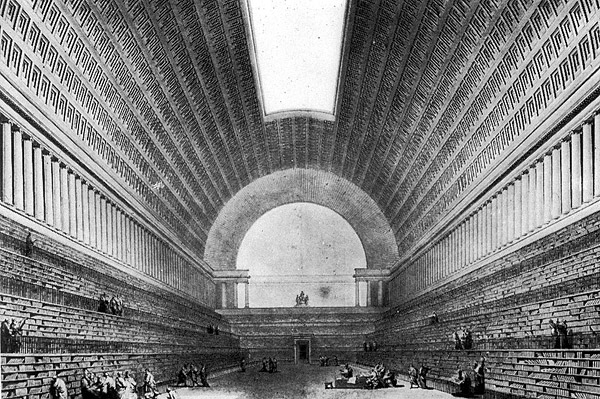 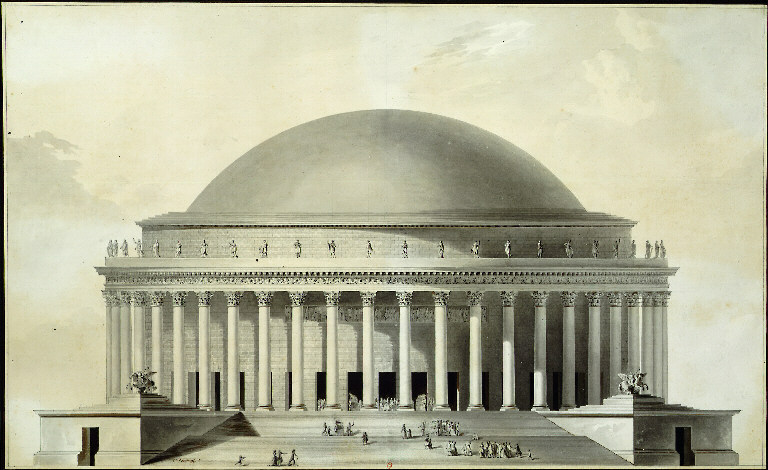 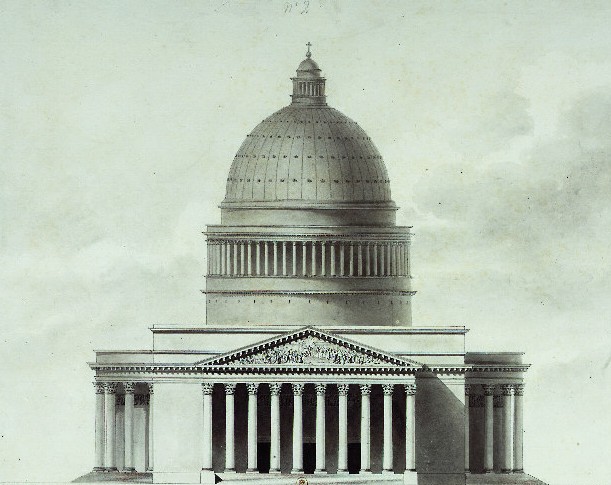 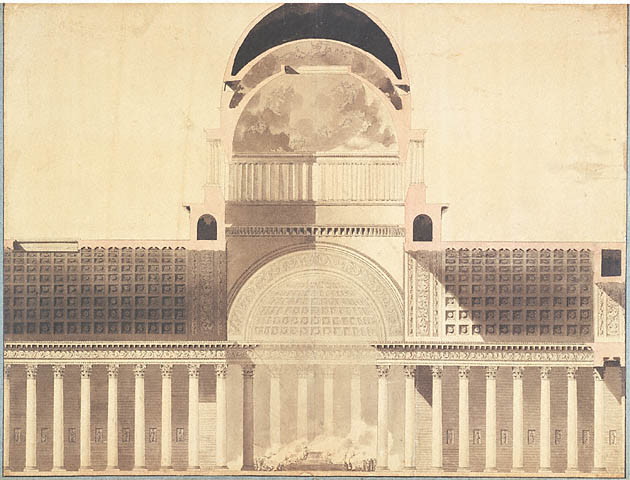 Etienne-Louis Boullee. Architectural Project for the Church of the Madeleine

Etienne-Louis Boullee.
Architectural drawing of a Church for the cult of the supreme being, named "Métropole" 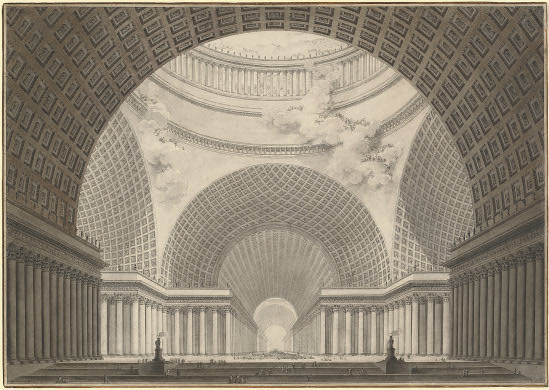 Etienne-Louis Boullee. Perspective View of the Interior of a Metropolitan Church, 1780-1781 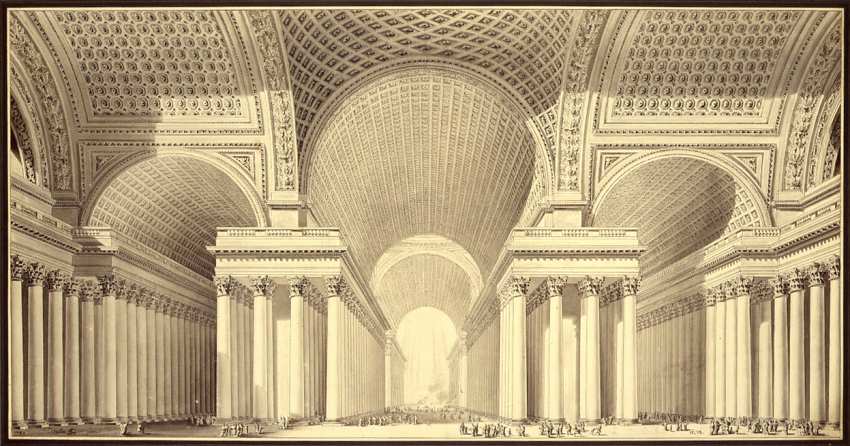 Etienne-Louis Boullee. Front elevation view of a plan for the Arc de Triomphe 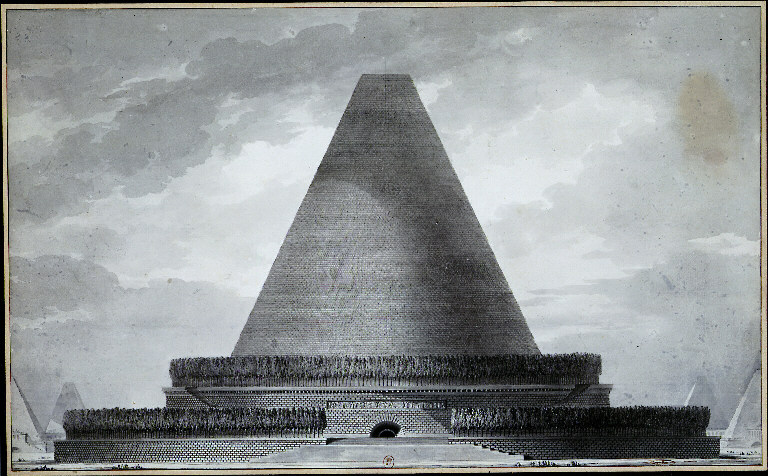