To defy established society, its values and institutions, was easier for writer and painters than for sculptors. To the latter, the late nineteenth century offered vast opportunities for official commissions. Of the total of such monuments in the Western world, it is a safe guess that the great majority were erected, or at least begun, between 1872 and 1905. The most ambitious of these was the Statue of Liberty (or, to use its official title, Liberty Enlightening the World; fig. 923) by Auguste Bartholdi (1834-1904).

This monument in memory of French assistance to America during the War of Independence was a gift of the French people, not of the government. Hence, its enormous cost was raised by public subscription, which took ten years. Bartholdi conceived the Statue of Liberty out of a previous one for a gigantic lighthouse in the form of a woman holding a lamp to be erected at the northern entry to the Suez Canal. All he had to do was exchange the Egyptian headdress for a radiant crown and the lantern for a torch. The final model shows an austere, classically draped young woman holding the torch in her raised right hand and a tablet in her left. With her left foot, on which her weight rests, she steps on the broken shackles of tyranny. The right leg (the "free" one in accordance with the rules of classical contrapposto) is set back, so that the figure seems to be advancing when viewed from the side but looks stationary in the frontal view. As a piece of sculpture, the Statue of Liberty is less original than one might think. Formally and iconographically, it derives from a well-established ancestry reaching back to Canova and beyond. Its conservatism is, however, Bartholdi's conscious choice. He sensed that only a "timeless" statue could embody the ideal he wanted to glorify.

The figure, which stands over

150 feet tall, presented severe structure problems that called for the skills of an architectural engineer. Bartholdi found the ideal collaborator in Gustave Eiffel, the future builder of the Eiffel Tower (fig. 979). The project took more than a decade to complete, The Statue of Liberty was inaugurated at last in the fall of 1886, having been placed on a tall pedestal built with funds raised by the American public. Its fame as the symbol—one is tempted to say "trademark"—of the United States has been worldwide ever since. 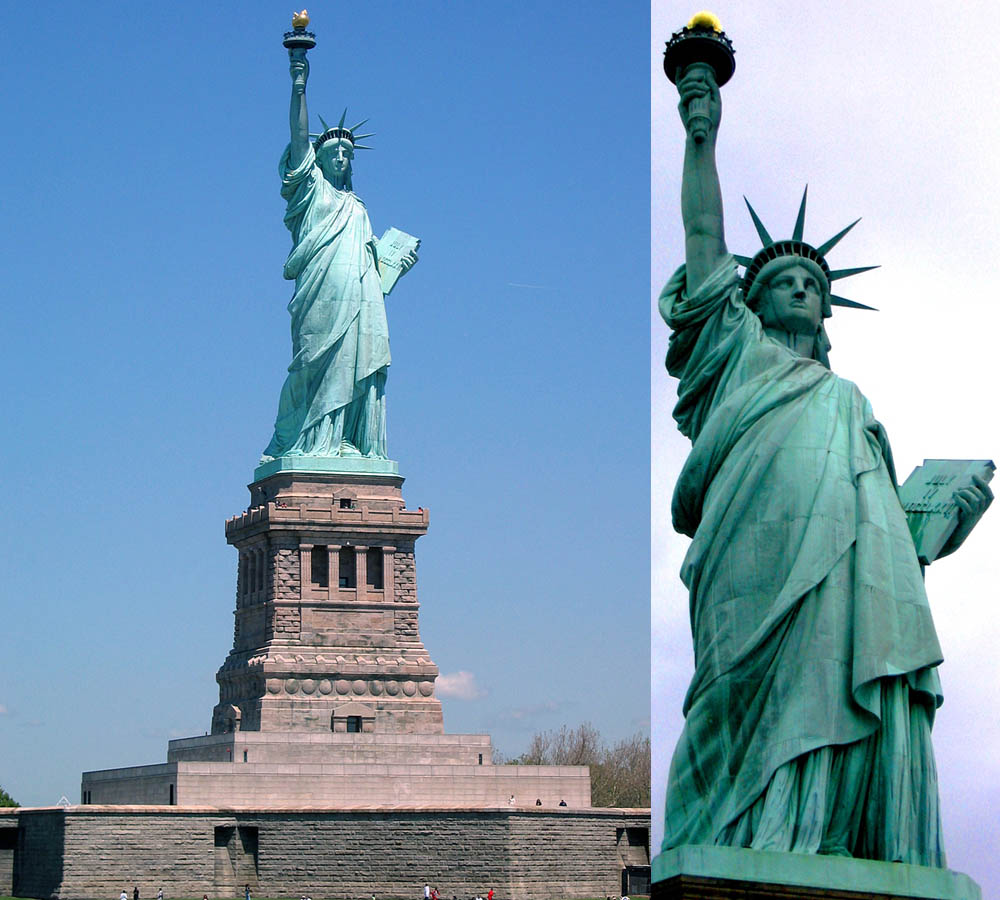 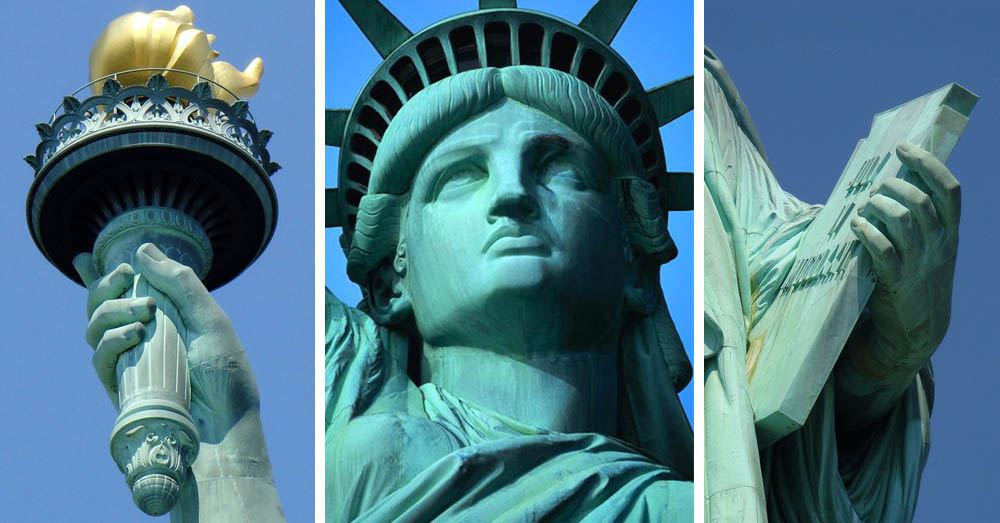 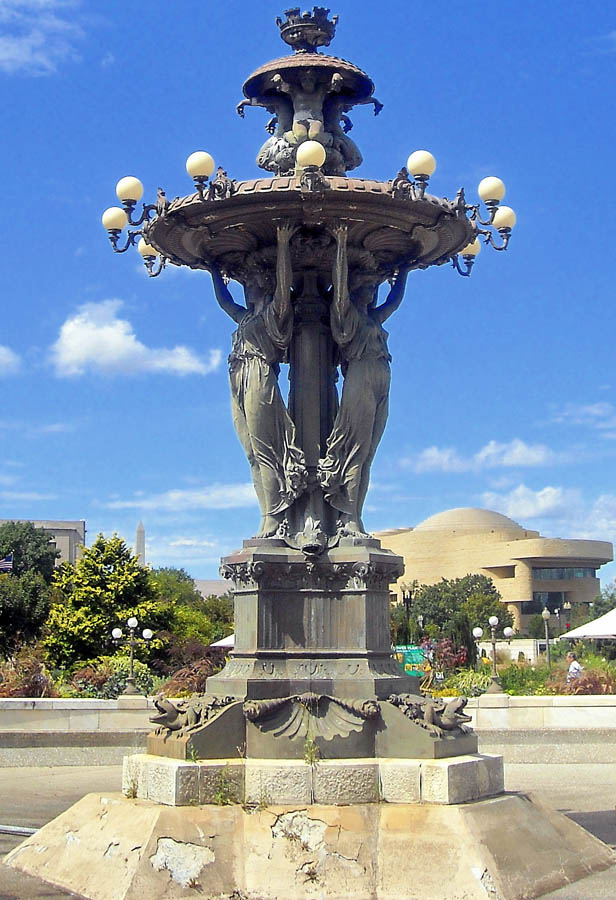 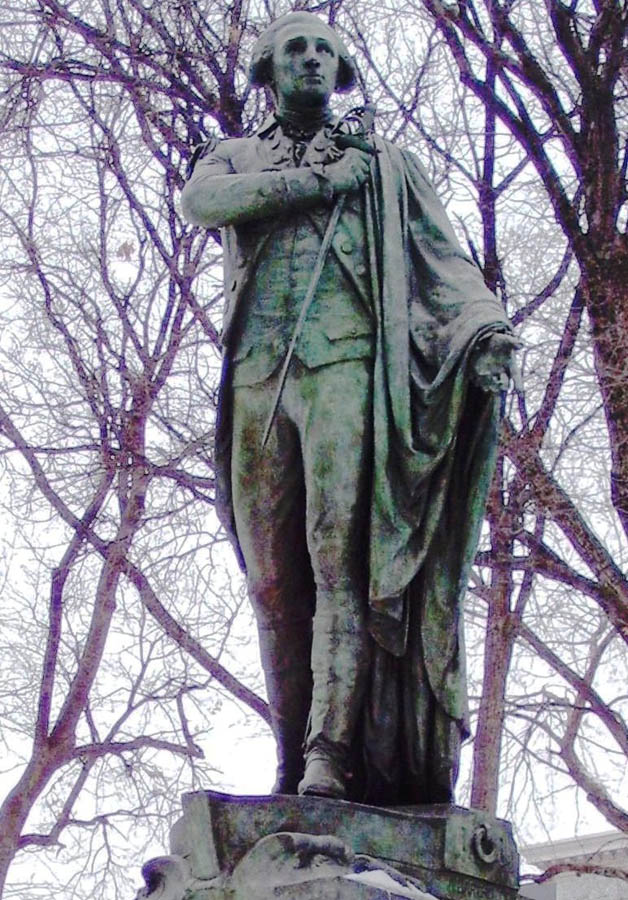 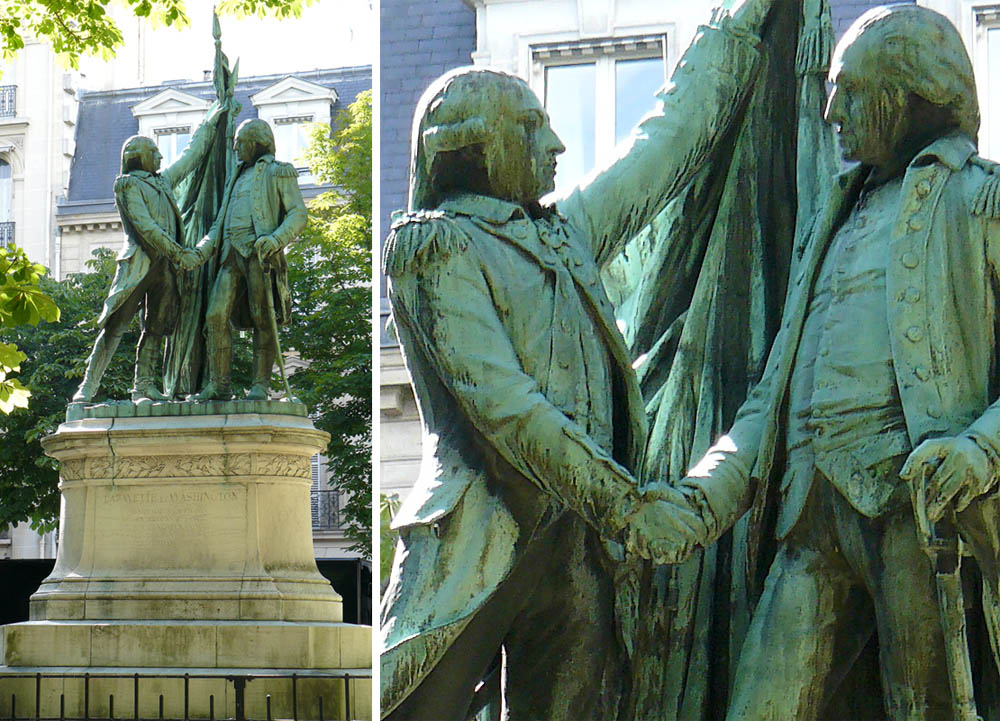